"What about St. Patrick's Day?" During the month of March, let's remember the missionary story of St. Patrick.

And let's use all the GREEN decorations as a constant reminder, wherever we see them (in stores, restaurants, etc.), that we're all called to GO with God's GOOD NEWS! 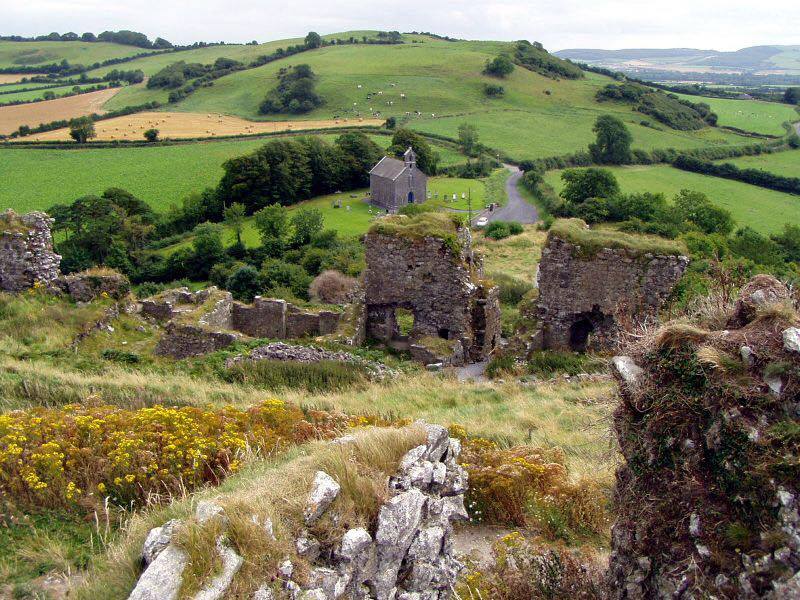 What is St. Patrick's Day all about?

For many people, St. Patrick's Day is simply a holiday to commemorate the traditions of Ireland. People wear "Irish" green; stores decorate with shamrocks, leprechauns, and rainbows; and restaurants feature meals of corned beef, cabbage and potatoes . . . or green-colored mint milkshakes.

To others, March 17th is a day to guzzle beer, or to glorify "progressive" lifestyles through city-wide parades.

Oh, how far we've come from the real story of a missionary named Patrick and the sacrifices he made to bring the love of Jesus to the people of Ireland. Today, more than ever, our world needs the Gospel.

How can we pray for Ireland? 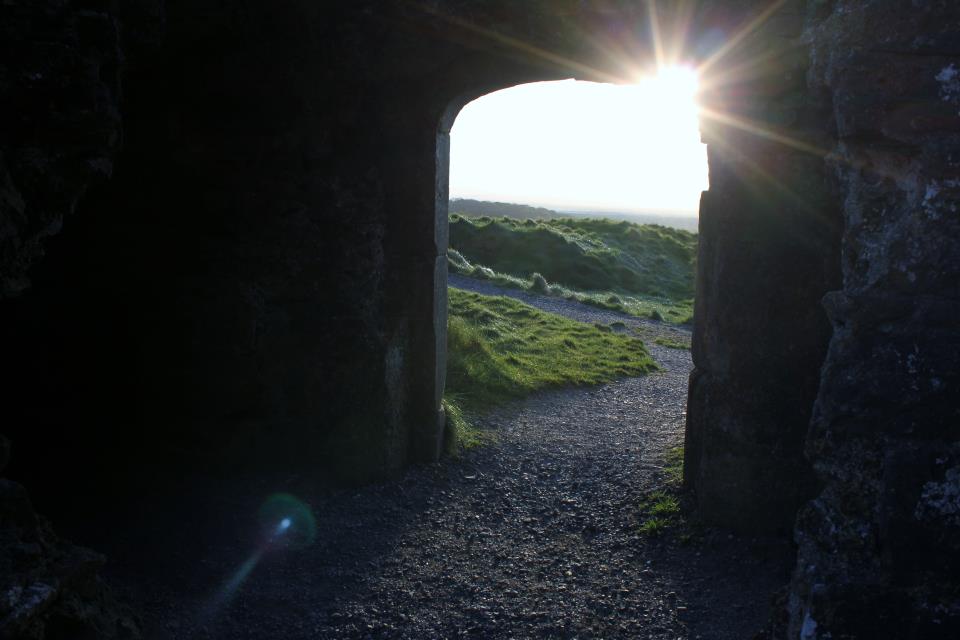 In previous generations, Ireland was a predominantly Christian nation, even "sending" missionaries to other countries and helping to spread the Gospel throughout Europe. Today, according to a recent European Believers report, less than 1% of the people of Ireland are born-again believers (only 0.62%). That percentage is so low. As mission-minded families, we need to PRAY for Ireland.

Learn how to pray for IRELAND on OPERATION WORLD. 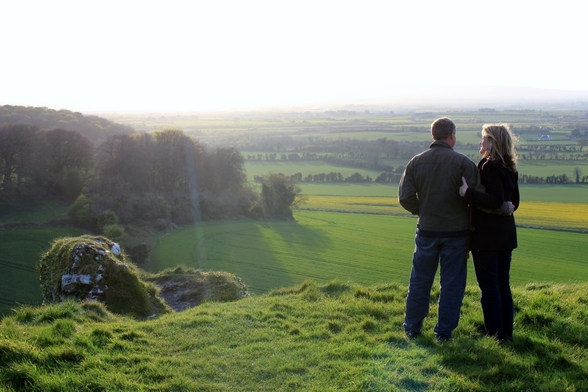 We had the wonderful opportunity of ministering all throughout the nation of Ireland, in churches, homes, and in effective family/parenting workshops.  And yes, we're hoping and praying about going back to Ireland, Lord willing . . . soon. (We're praying!)

Who was St. Patrick?

Born in Britain (in Wales), Patrick is widely known as the first Christian missionary to the Irish people. During his youth (16 to 22 years old), he was captured and taken to Ireland. While there, young Patrick repented of his sinful, backslidden condition. Years later, after escaping to his homeland, he received a vision from God calling him to return to the Irish people to proclaim the Gospel of Christ.

Patrick obeyed God’s call and went back. For the remainder of his life, Patrick ministered among the heathen tribes of Ireland – confronting Irish idolatry and sorcery, converting many to Jesus Christ, and baptizing thousands of people. Tradition says he used the three-leaf Irish clover to teach the unity of the Father, Son, and Holy Spirit.

According to historian William Federer, who wrote St. Patrick: The Real History of His Life, From Tragedy to Triumph, “He was actually a missionary and he converted 120,000 druids from paganism to Christianity.” Federer claims that in the fifth century A.D., Patrick did more than perhaps anyone in history to spread Christianity in Europe. Although druids attempted to kill him over a dozen times,  Patrick continued to preach the message of Jesus Christ, and throughout his ministry he pioneered over 300 Christian churches. Patrick also spoke out against slavery, and because of this, some call him the world's first abolitionist. 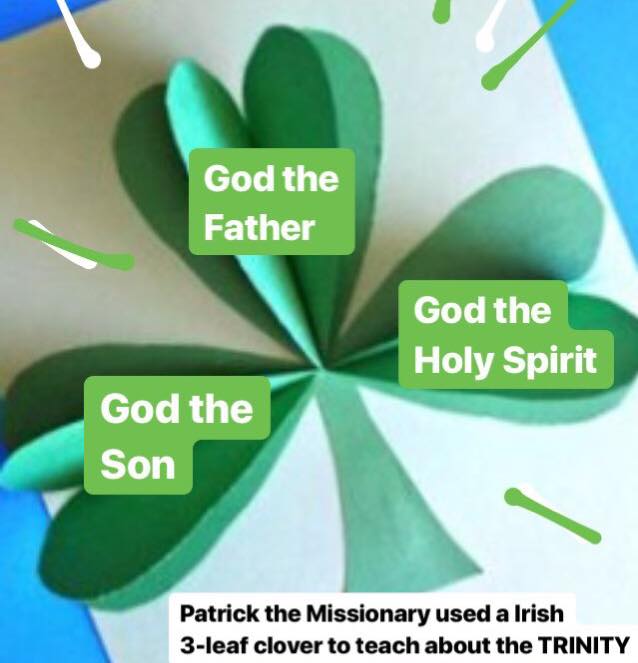 To learn more about St. Patrick, I recommend Hero Tales - Volume III, by Dave & Neta Jackson (Bethany House Publishers). Along with the short biography summary, St. Patrick: Missionary to Ireland, the Jackson's include three stories (each with a focus "From God's Word" and "Let's Talk About It" questions) to read aloud: 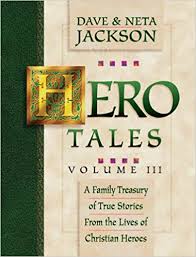 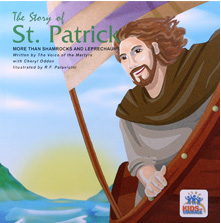 The Story of St. Patrick

40 page, hardcover book, by The Voice of the Martyrs (with Cheryl Odden)

Book description on The Voice of the Martyrs website:

Buried beneath the St. Patrick’s Day symbols of shamrocks and leprechauns lies the story of a man determined to share the message of salvation with the people who made him a slave. Read this true story of the heroic martyr who loved Jesus more than his own life. 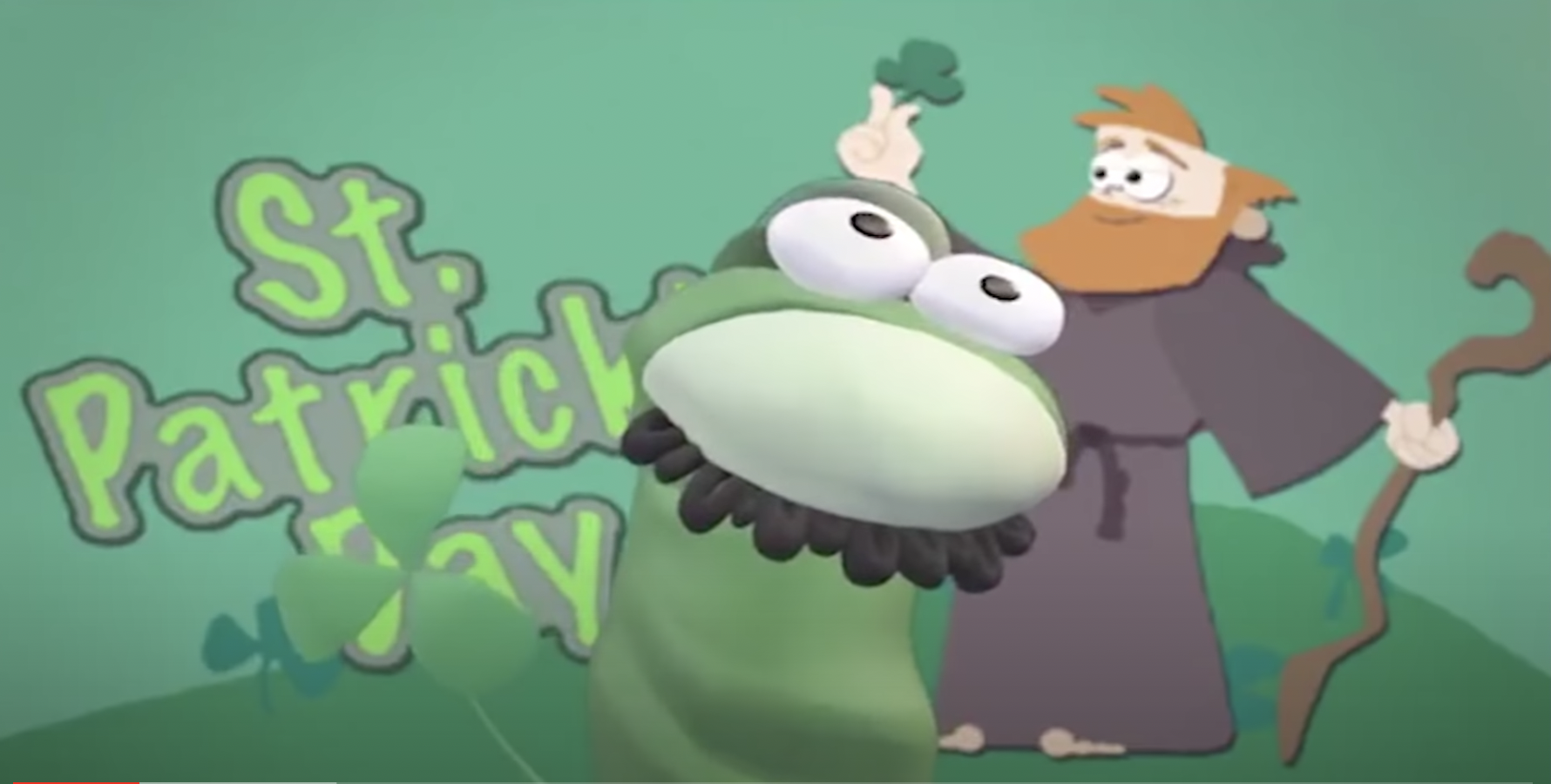 VeggieTales has a funny "flannel-graph" version of the St. Patrick story, which is surprisingly historically accurate, on the VeggieTales DVD, Sumo of the Opera.

Also, Focus on the Family has a special "Days to Remember" edition of Adventures in Odyssey, with two episodes highlighting the true meaning of St. Patrick's Day.

Adapted from "Enjoying Missions Throughout the Year" from Ann's book, The Mission-Minded Family - Releasing Your Family to God's Destiny.